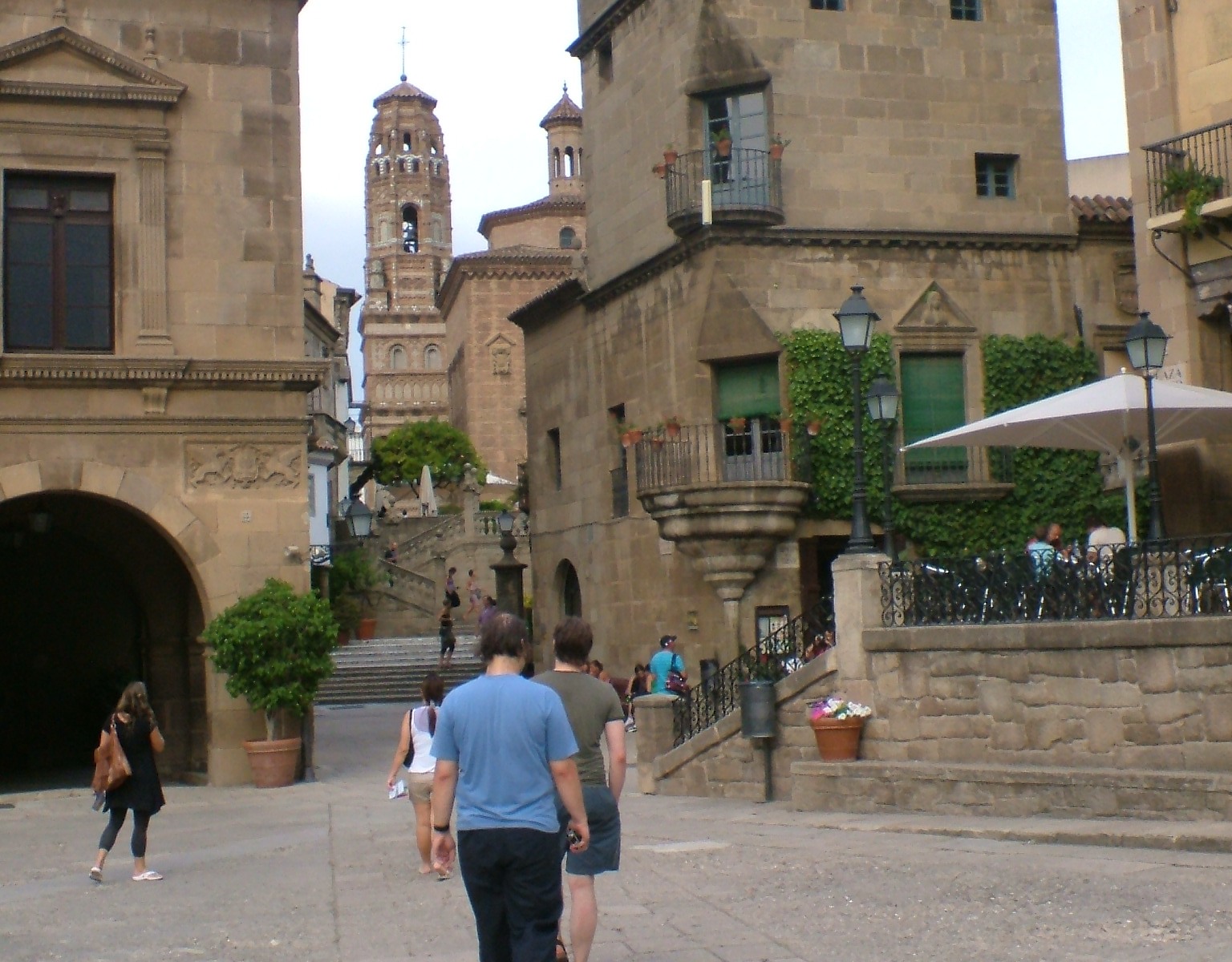 Yesterday I sent off the latest in my ‘Quest’ series, ‘Quest for a Father’, to have it made into what I think of as a proof copy in paperback, which I will decorate with sticky notes in time-honoured fashion to mark up the places where there is still some editing to be done despite the previous five or so edits. I’ve just had another look at my intended cover design and I have a horrible feeling the buildings in it are too modern, so I will have to try again I think. I was lucky enough to go to Barcelona on holiday a few years ago, so I have some photographs, although many of them are of family members against the backdrop of various buildings.

Others have anachronistic vapour trails in the sky…

At this point, i.e. before my novel is actually ready for anyone to read, I thought some people might be interested in the research I’ve done in this case. In contrast to my research for ‘A Quest in Berlin’, what I knew about Spanish history could more or less have been written on the back of a stamp. My background knowledge on Spain consisted of an essay I once read by George Orwell describing what it felt like to be shot during the civil war, a visit to the local history museum in Barcelona where I was overawed by the Roman ruins in the basement and didn’t take much notice of anything else, and having bought a book some time ago called ‘Homage to Caledonia’ about Scottish volunteers in the International Brigades. I still haven’t read this last item on my list, incidentally, not so much because it wasn’t relevant but because I couldn’t find it in time.

I didn’t know much more than two words of the Spanish language, either, my main experience in it having been to explain to a policeman who didn’t speak much English where I had lost my purse – it had been stolen, of course –  and filling in a form with his help.

Partly because I love learning new languages, I signed up at the start of my research to do an online beginners’ course in Spanish via Futurelearn (my new favourite website), which was great. I think I will have to revisit it if I ever need to speak the language, and perhaps to try and progress beyond part 1, but I did find out a lot of useful information, such as the fact that Spanish people have 2 last names.

Although my novel is set in the 1950s, I needed some background about the civil war, so I read two books about it. One was more of a military history, ‘The Battle for Spain’ by Antony Beevor, and the other was ‘Homage to Catalonia’ by George Orwell. Of course in some ways there was too much information in the first, but I felt I needed to know much more than I was ever going to write in the novel. I would read the Orwell one again for pleasure – it was an excellent read.

It was rather difficult to find out much about Spain in the 1950s for various reasons. Unfortunately mass tourism there didn’t begin until 1956 – the year after my novel is set! However, I did glean a few facts about transport, which looms large in the novel, from a book about tourism and some online railway sites. Yes, other writers may get into trouble for browsing the internet looking for information about guns and poisons, but I will just have the law enforcement organisations baffled by my searches for railway stations in the Pyrenees and train carriage designs in the 1950s.

I tried a book called ‘Homage to Barcelona’ and although it was more about the 1980s there were some useful snippets in it. Similarly a book called ‘Mad Dogs and an English Girl’ (subtitle: A stranger in Franco’s Spain’) which I had thought was a memoir but which turned out to be a novel, showed the country in an interesting light. I also have on my Kindle ‘Ghosts of Spain’, which is not for the faint-hearted so needless to say I haven’t managed to finish it yet.

Some people might wonder why I chose to write a novel mainly set in Barcelona when I knew so little about the place. Without giving too much away, I doubt if the plot would have worked with a different setting. I hope this will become clear when the novel comes out!