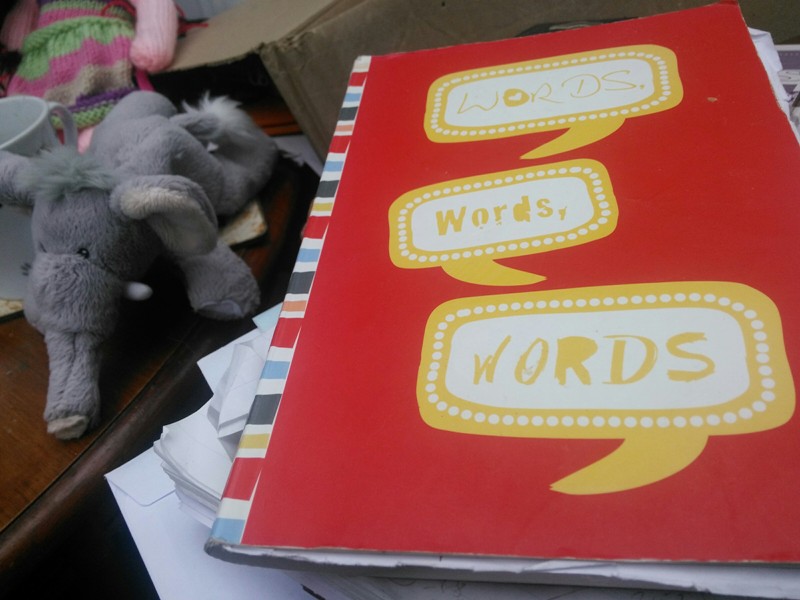 I had a slight panic attack earlier this morning when I realised that my favourite notebook – the one in which I unexpectedly wrote ‘Mysterious Pitkirtly’ – had mysteriously disappeared, probably during The Great De-Cluttering of spring 2016. Last week I had to carry out an excavation to find the little case on wheels without which I can no longer travel anywhere, and I am still looking for the knitting patterns I bought in the fond hope that I would begin a major knitting project in the near future. Of course not being able to find the patterns gives me a watertight, cast-iron excuse for not starting the knitting, so it isn’t all bad! 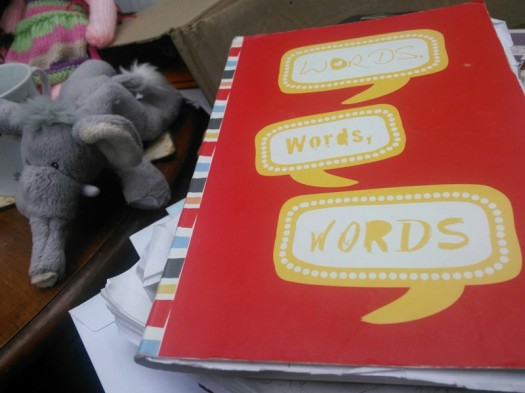 There isn’t anything all that special about the notebook, in fact it is probably one of Tesco’s cheapest ones, and I will have to buy a new one soon anyway, because there certainly isn’t enough room left in it to write anything longer than a short story, but I feel it’s quite a lucky notebook and I want to write down my first ideas for ‘Pitkirtly XII’ in it before they vanish. Of course, if story ideas vanish it’s usually because they weren’t any good in the first place, but I think I’ve reached the stage where I can almost begin to pin them down a bit, with a view to starting writing in July. Anyway, the notebook has re-surfaced to the sound of huge sighs of relief all round, or at least from me and the cat.

Until the end of June I will be ploughing on with a completely different thing I started at the end of April while waiting to edit ‘Pitkirtly XI’. I’ve reached over 30,000 words with the other thing but I don’t think anyone will like it so will keep that under wraps for now.

While I was searching for the notebook pictured above, I inadvertently looked inside another notebook which turned out to contain my writing plan for 2016. Well, at least it gave me a good laugh, even if that came out sounding a bit hysterical.

That reminds me that my son and his friends have recently won the Edinburgh edition of the 48 hour film competition for the second year in a row, with their ‘war film’ entitled ‘His Last Words’. I’ve put the words ‘war film’ in quotes for a reason. For anyone who finds the Pitkirtly Mysteries funny, this is your chance to see how humour  travels down the generations (he wrote the script): https://www.youtube.com/watch?v=Qja5wH84AlU&feature=youtu.be