I’m still not entirely convinced it was a good idea to try and write the third novel in this particular series for National Novel Writing Month this year. For a start, the series was only supposed to have two books in it, but I left so many loose ends after the second one, which is now destined to be the middle one, that I had an urge to tie them off. I suppose this is either a knitting or an embroidery metaphor, by the way, although possibly the reason I think of it like that is because I recall the mother of one of my friends saying, of a tv series which had just ended, ‘There were enough loose ends to knit a blanket’. I don’t think I could quite make a blanket out of mine, but maybe a cushion cover.

Another problem with this series is that the timelines of the three books overlap, and putting them together is a bit of a jigsaw puzzle, although unfortunately one for which there isn’t a picture on the box. For instance (and this is why I’m writing a blog post today instead of getting on with the story) I seem to have left one of my characters with nothing much to do until another part of the story has happened in the previous book in the series. I am tempted, in the interests of getting on with it, to skip past this bit and start again at the place where the two stories meet again, so to speak, but somehow I am more of a linear writer than I thought I was, and I can’t quite bring myself to do this. Of course in a Pitkirtly novel I would jump to one of the other characters at this point, as someone else is bound to be doing something interesting!

Anyway, despite all this grumbling I am really enjoying the challenge, and by this morning I had written over 23,000 words of the new novel – too late to give up on it now! I also have what I think is rather a nice cover ready for it as a sign of my optimism.

In order to try and reach 50,000 words this month, which is the NaNoWriMo goal, I’m taking a few days off my day job to concentrate on writing, which, past experience suggests, means I will actually tidy my desk and quite possibly my son’s desk too, and start my Christmas shopping. There is also yet another family birthday to get through before December, although I’m afraid I am suffering from birthday fatigue as both my sons and now also my grandson have birthdays within 3 weeks of each other from late September onwards.

Then there are cats, but that’s another story. 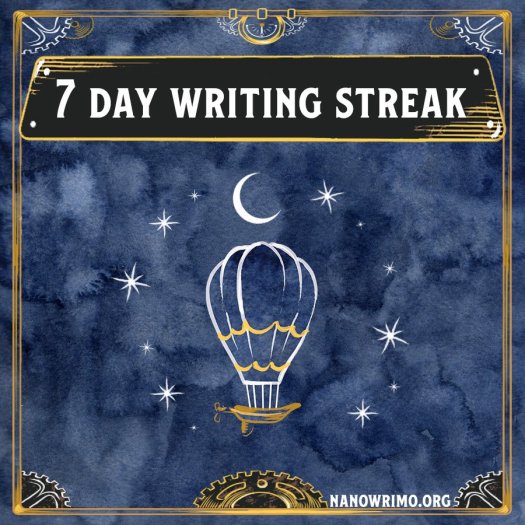 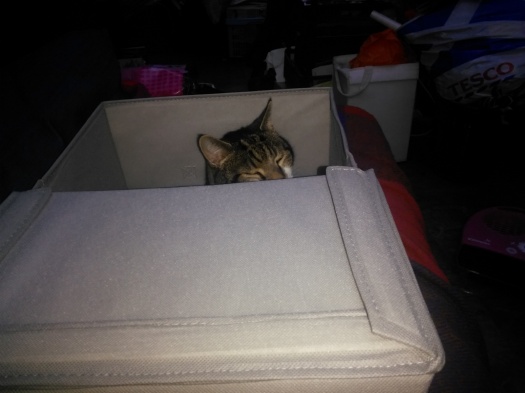 2 Replies to “Thoughts from the Conservatory”