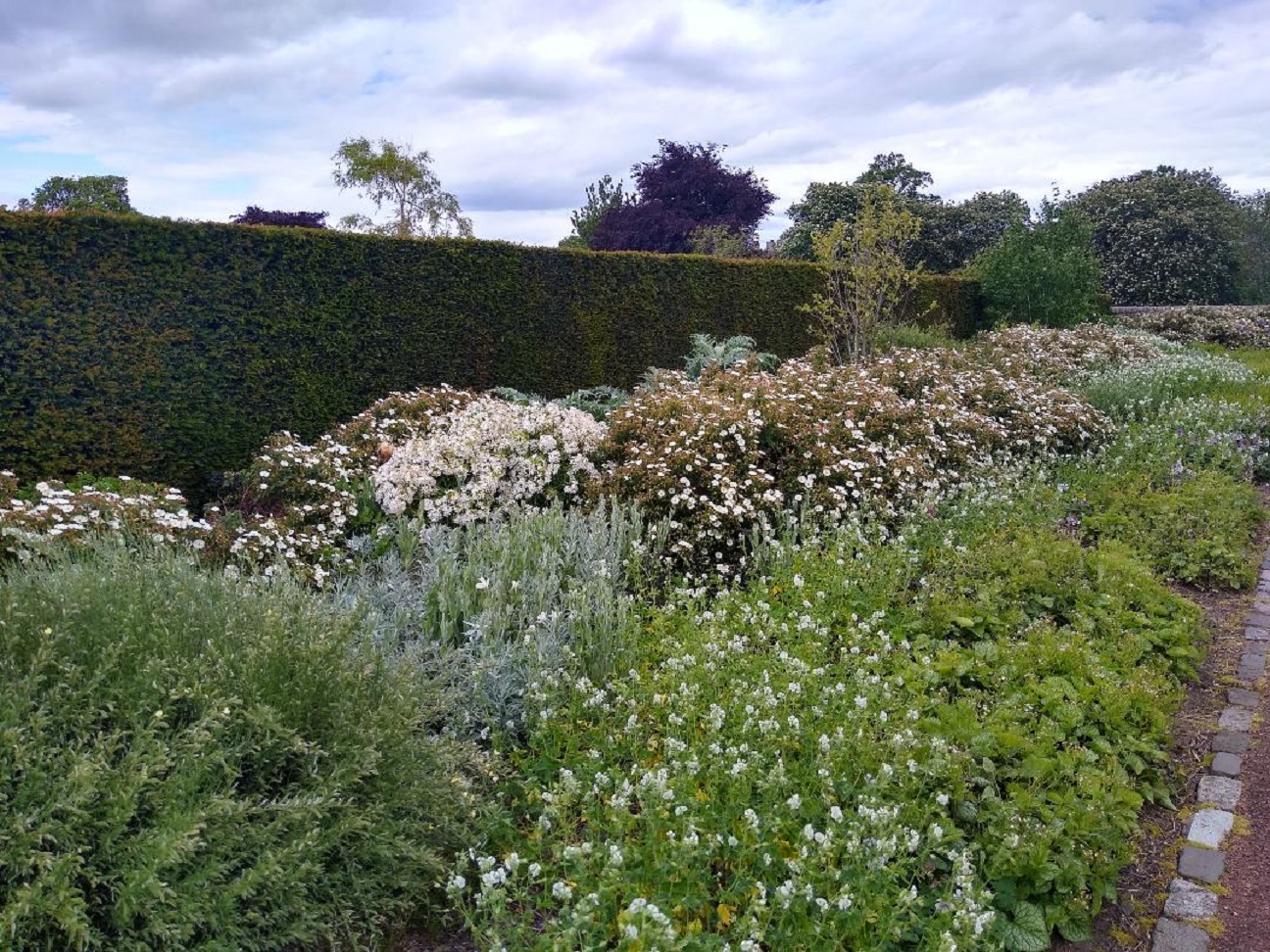 Much of my writing time now seems to be spent in keeping up with the three ongoing series that I want to write more novels in for one reason or another. However, I do step off the merry-go-round from time to time, and this is theoretically one of the times, because as I did last June I’m taking part in a short story writing challenge. In some ways this is like stepping on to a different merry-go-round, one that goes round a bit faster and makes your head spin more than usual. I confess, however, that as well as writing a short story every day I also have another project for June.

My ‘other’ project is to take five linked short stories I managed to write during last June’s challenge and make them into something a bit longer. I’m not aiming for a whole novel, but at the moment it’s looking as if it will make a novella of about 20,000 or so words. Needless to say I’ve gone off topic during the rewrite, and the final storyline will not be quite as it was to start with, although some of the characters are the same. (I suppose that’s a kind of metaphor for life really). The working title, which has gone through a few versions, is now ‘A Little Too Fond of Cake’. No doughnuts have been harmed during the writing. If I can get this finished I will publish it along with some of the short stories that are currently cluttering up my computer.

In the mean-time, as part of the June short story challenge, I’ve today attempted alternate history for the first time. This is something that I’ve always meant to have a go at, having once studied history. The short story I’m going to include here was ‘inspired’ (not quite the right word I suspect) by a random conversation I once had with the friend who is my usual theatre-going companion, about the royal succession in the mid to late 19th century, and what might have happened if it had turned out differently. The story below is a bit more bizarre than it might seem from that hint!

I wouldn’t have chosen to travel across the Solent in the dark on a wild, wet night. If I’d been alone I would have waited until morning. From what I could make out, there was no longer any need to hurry. They were all dead, as I understood it, and would remain so. It was only that Lord Palmerston had happened to be in Winchester for some reason and had arrived in Southampton earlier than expected. He was the one who insisted time was of the essence.

I knew the sailors were unhappy too, anxious for themselves and for their ship. Of course, they didn’t know of the horror that awaited at Osborne House. It would all be in the newspapers before very long, but for the moment Lord Palmerston and I might be the only people outside the Royal Household who knew anything. Well, there were probably people on the island who had heard the explosion and wondered about it, but they were used to Prince Albert’s experiments and would keep their mouths shut.

‘It would be helpful if we could go faster,’ Palmerston said to the crew, but they didn’t pay him any heed. They knew he wasn’t a sailor himself.

In the end he understood that they weren’t going to take any advice from a landlubber. He stumbled towards the middle of the vessel, where I had already wedged myself into a corner between some coils of rope and a sturdy-looking mast and made myself as comfortable as I could under the circumstances. In truth I was afraid to move too fast or too far in case I developed an urge to be sick, not being any more accustomed to sailing than the Prime Minister was.

‘Terrible business,’ he muttered to me, shaking his head. ‘Terrible. An unprecedented constitutional crisis.’

It was terrible, all right. I understood that. I couldn’t make out what the constitution had to do with anything, but then I wasn’t in Parliament and had never had any ambition to be.

‘Presumably you have been summoned to – um – take care of the deceased,’ he continued. ‘Do you have no assistants who might have accompanied you? From what I hear, it is too much for one man working alone.’

I didn’t want to go into details at this stage, before even seeing the scene and the state of the bodies, but I said, trying to appear confident, ‘I shall merely assess the situation, my lord. Once I have done so, I shall know the scale of the tragedy, and request assistance accordingly.’

It wasn’t good at all, of course. Palmerston was just making conversation, in the way he must have done countless times before to humble men whose opinion counted for nothing.

The voyage, which should have taken a matter of half an hour or so with a following wind, seemed endless as the ship and crew battled against the elements, but eventually we berthed, not without a further struggle, at Cowes.

We were met by two tall guardsmen with grave expressions, who did not speak but merely helped us out on to the quay and escorted us to a carriage that waited at the end. From the window, I saw them mount huge black horses, and I supposed they would fall in behind the carriage to make sure we found our way to the house.

What was left of the house, that was.

A scene of utter devastation and chaos met our eyes as we approached.

Palmerston, next to me, growled a few words I would never have imagined the Prime Minister knowing, let alone speaking aloud. For my part, I could not see how I would even locate the bodies amongst the wreckage. Were any of them identifiable? How did anyone know the whole family had been among the victims?

‘Wait here,’ said the Prime Minister, before the carriage had even come to a halt. ‘I shall make enquiries.’

He jumped out, to be greeted by a third guardsman, who seemed to have been expecting him.

They walked a little way away from everyone else, and it seemed they were not in agreement about how to proceed, for there was some gesticulation, and when I opened the window a little I overheard raised voices from them.

The fact that someone had arranged for the scene to be lit by hundreds of lanterns only made it more grotesque. I could see the silhouette of a building, its windows, empty of their glass, with almost the appearance of a dead person’s eyes. There were men and women shifting the rubble, their actions so frantic that they must have been hoping to find someone alive under it all.

They were right to hope, for as I watched, there was a muted cheer as one of them moved aside some loose rubble and an arm waved from under it to signal that life was not extinct. I supposed it was too much to hope that this was one of the Royal family, however. They had been at the centre of the blast, from what I had heard, closely observing one of the Prince’s steam contraptions in action.

Lord Palmerston climbed back into the carriage, shaking his head. He also put his hand over his eyes and moaned as soon as the door closed behind him.

‘Why? Why?’ he demanded. ‘Why could he not have left these things to men who knew what they were doing? Why risk his life and those of his entire family, including the reigning monarch? What are we to do now?’

‘His entire family?’ I asked tentatively. ‘Are you sure they were all present?’

‘All except… This is the most aggravating aspect of all!’ he snapped, suddenly taking his hand away from his eyes and glaring at me.

I shrank back in my seat.

‘Do you know what I shall have to do?’ he demanded, looming over me.

How did he expect me to know, when he himself had been reduced to growling and moaning?

‘I shall have to send at once to Prussia! Prussia! Of all places!’

Almost as soon as the words were out, I began to understand.

‘He nodded grimly. ‘Her Majesty, Queen Victoria the Second of the United Kingdom… And Princess of Prussia, damn it!’

‘Can she be both?’ I ventured after an awed pause.

Palmerston gave me a look I couldn’t quite interpret. ‘You do realise that this development will play havoc with my foreign policy strategy, do you not?’

That was the least of all our worries, I thought.

‘We shall never be able to threaten war against Prussia again,’ he said sternly. ‘Instead we shall be dragged unwillingly into all the silly little squabbles on the Continent, and we shall have Prussians at Court trying to impose their will on us.’

‘Still,’ he added more reflectively, ‘we do require a monarch in place to give the royal assent to my projected bills, so there is nothing else for it, I suppose… But if you find any of the others alive in there, particularly if they’re male heirs, I for one will be immensely grateful.’

I nodded. It was time for me to carry out my gruesome task. I left the carriage with the uncomfortable feeling that the weight of history rested on my shoulders.