I’ve spent the past few weeks, or at least the parts of them that haven’t been taken up with going for therapeutic walks followed by even more therapeutic lie-downs, finding excuses to go out to lunch, and emergency vet’s appointments, editing ‘A Quest in Berlin’, the next novel in the Quest series. Today, to the sound of much rejoicing, I completed the major edits, which included adding 10,000 extra words to the story. I’m now searching for images for the cover, having realised I can’t use the version shown here a few months ago because it depicts the new dome on the Reichstag, which definitely wasn’t there in 1954. This is the problem with most of my own photographs of Berlin. The 1964 set seem to have the Berlin Wall in many of them, while the newer ones all have more modern buildings in various styles either in the foreground or background. 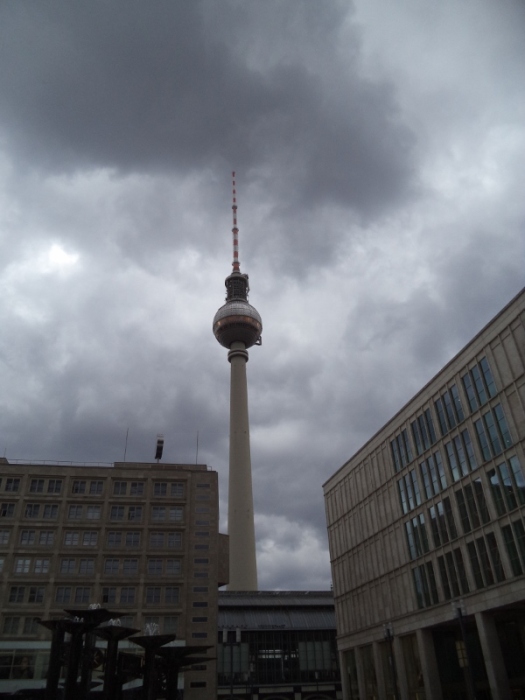 The Fernsehturm in Alexanderplatz is a particular nuisance as it tends to loom up in the background unexpectedly in many views.

Anyway, I feel as if I’m now on the finishing straight of what has seemed like a marathon, although actually in terms of real time spent on it I think it has probably been shorter than many of my other novels. The next step (and this is why I’m now focussing on cover images) will be to send off for a printed copy so that I can read through it pretending to be a reader and undoubtedly find all sort of new mistakes that need to be fixed. Once they are fixed there will be very little standing in the way of publication. So I think, assuming I’ve already fixed the really major things such as getting two characters mixed up and rushing through the plot so fast that none of the characters had any idea what their motivation was for doing anything – these two aspects are actually quite closely linked to each other – the projected publication date is likely to be before the middle of March. You heard it here first!

In other news, ‘Pitkirtly on Tour’ has sold over 100 copies on Amazon and has mostly been hovering just outside the top 100 ‘cozy mysteries’, although I am not sure that it really qualifies as either cozy or a mystery. Thanks to anyone who has bought a copy. I promise to make a start on the next full-length Pitkirtly Mystery in April! But I am really pleased to have more or less got this latest Quest book out of my system as I have been wanting to write it for quite a while.